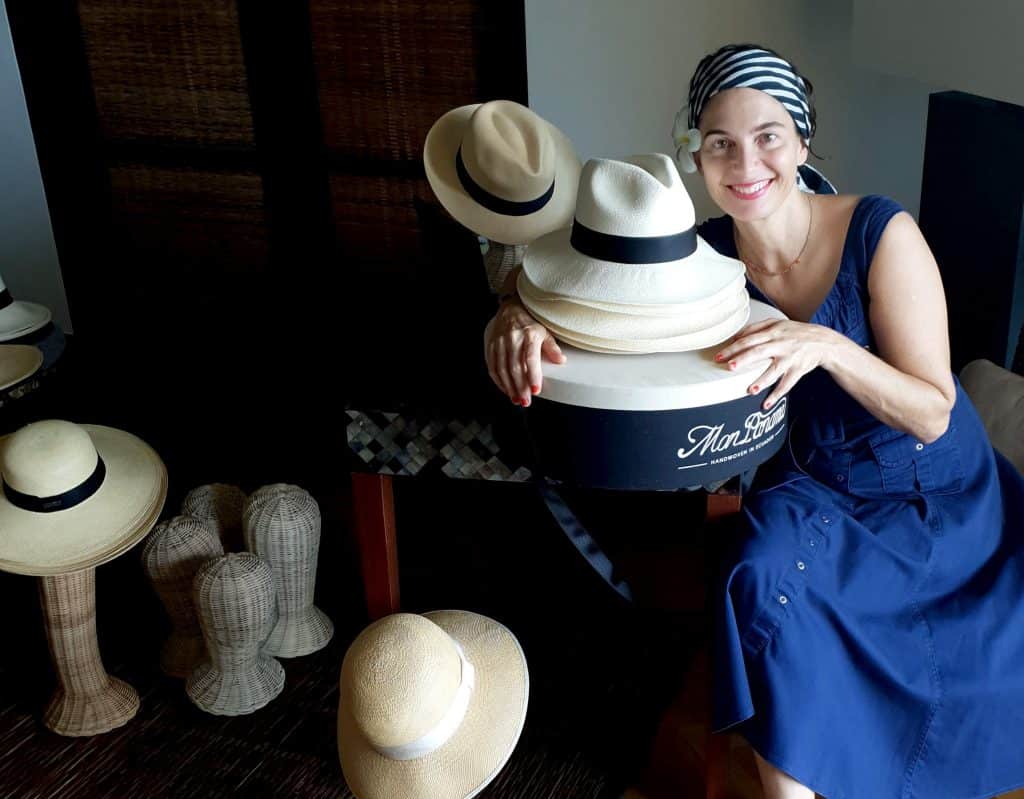 The who-what-where of the hat world
In the old days, there was a rigorous hat etiquette which had to be followed and respected. For example, there was a distinct set of rules for men’s hats which were different than ladies’ hat etiquette. Although nowadays things are more liberal and relaxed, I believe hat etiquette should still be a consideration. While grand gestures are not expected in today’s society – such as men removing their hats when they encounter a woman – those who are aware of etiquette appreciate a hat worn respectfully. Here are some helpful tips when it comes to wearing a hat for both men and women!

When To Take Off  Your Hat
Knowing when to remove a hat is as important as wearing the right hat for the occasion. In the past, men were always expected to take off their hats when greeting a boss. They were also required to remove their hats when talking to women or greeting their boss. On the other hand, women were exempt from the rules and could wear their hats whenever and wherever they pleased. While some of these rules are now long forgotten, men and women still remove their hats as a sign of respect even in today’s casual culture. Here’s when to take off your hat:

When entering religious buildings and spaces. I live in Thailand, so it’s crucial to know that everyone is expected to take off their hats before entering a temple. However, if your house of worship requires a head covering, it’s alright to keep your hat on.

When being indoors. Whether it’s a fedora, trilby or a baseball hat, men should remove their hats indoors most of the time. Places, where hats are always off-limits, include homes, temples and churches, restaurants, cafes, theatres and office buildings, especially if you’re there for business.

Ladies’ hat etiquette is still a bit loose. The only other time you’re required to take off your hat is when it’s blocking someone’s view or becomes someone’s inconvenience, such as when watching a play at the theatre or attending a wedding ceremony. It should be noted that it’s okay to wear a hat at some restaurants, especially if you’re sitting on a patio. But again, if it’s a gender-neutral hat, such as a fedora or a baseball cap, it’s polite to follow the same indoor guidelines as men.

When It’s Alright To Keep Your Hat On
Generally, it’s alright to wear a hat outdoors and in the streets, regardless of your gender. It’s also okay to wear your hat in public areas even if they are indoors, such as hotel lobbies, airports, train stations and elevators.

Other Useful Tips You Should Be Aware Of
Apart from knowing when to remove your hat, there are some other guidelines to keep in mind :

● When you take off your hat, hold it in your hand, so the inner lining is not visible.
● If your hat has any decorative elements like feathers and beads, women should wear them on the right side. When in doubt, just think that women are always right! Hope this catchy phrase will help you remember this hat etiquette! For men, the ornament usually goes to the left side of the hat.

I hope you found this blog post useful! Just follow this guide, and you’ll do just fine. Hats always add a classic look to your outfit, and now that you know the rules, you can wear your hat with some class! The Panama Hat: The Ultimate Misnomer What happens when two women-led brands come together?