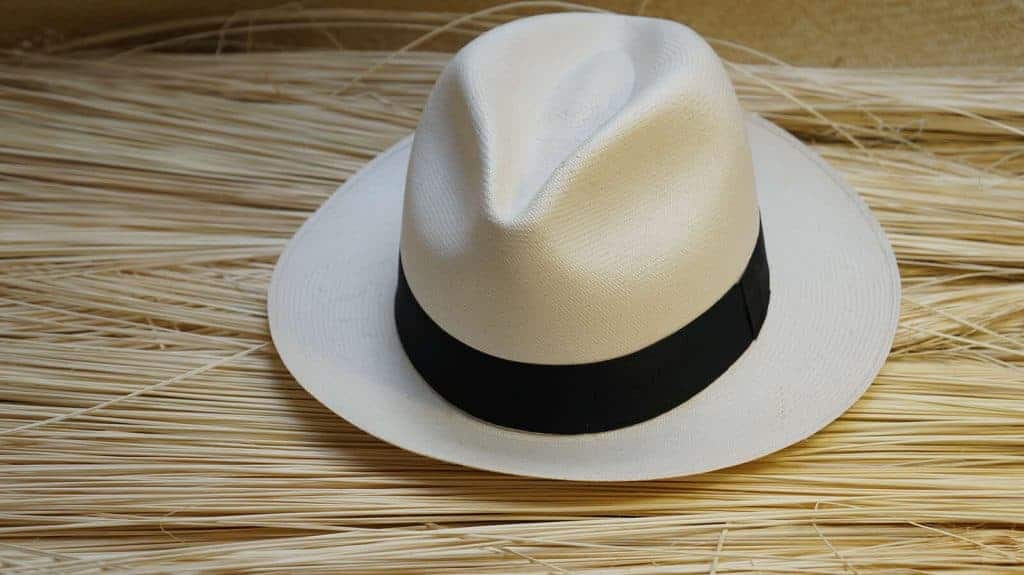 Along with the hats themselves, what first drew me to Panama hats was their fantastic story. In particular, I was fascinated with how they are made – a long, labour intensive and complicated process, accomplished by only a select few skilled artisans. When first encountering the hats many people mistakenly believe that these beautiful, intricate masterpieces are made by machine, but that is not so, they are mostly made by hand by the highly skilled craftspeople in small villages.

With these incredible artisans in mind, I want to take a quick detour to talk about the current situation in Ecuador. As a country of 17 million people, it has one of the highest official rates of coronavirus infections and deaths per capita in Latin America. Most deaths have occurred in Guayaquil, a dynamic port city on the coast; this was the first major metropolis in the region to experience a breakdown in public services.

I bring this up because I source my authentic Panama hat from Ecuador and am in regular contact with my local suppliers there. They have mentioned to me the production of the hats – and thus their livelihood – has been severely affected by the global pandemic.

For example, roads in the entire country have been closed, so the raw material (paja toquilla) needed to make the toquilla hat can no longer be shipped from Manabi province to the weavers in Azuay province. And thus, hat production has ground to a halt. But even if they could make hats, they have no way to distribute them and no orders coming in. And thus, just like in many other places around the world, thousands of families are now struggling to survive without any form of employment.

My thoughts and prayers go out to the hard-working Panama hat producers of Ecuador. My heart breaks to think of their plight, and I sincerely hope the situation improves soon.

And now, on with the blog…

When I got into this business, the first thing I wanted to fully understand about Panama hats was how different groups of artisans play a vital role in the Panama hat production process. From growing and preparing the straw to weaving and finishing the hats, there are many processes and hands involved to get a finished hat on someone’s head.

And thus, for me to really appreciate the production process, I took a three-week scouting trip to the source: Ecuador. Once there, I began to trace the origins of this famed hat: first to Manabi Province, where the toquilla is grown and then on to Azuay Province, where the weaving is done. This amazing pilgrimage opened my eyes to the wonderful beauty, diversity and ingenuity of the country.

The heart and soul of a Panama hat is paja toquilla (toquilla palm), a local straw. This plant is endemic in Ecuador and grows throughout the tropical coastal province of Manabi. This lush forest area has ideal conditions – soil and climate – for growing the palm-like plant, of which hat makers prize the unopened new leaf shoots, for fibrous material (cogollos) contained within.

Skilled and sustainable-minded harvesters go into the forest to select the right plants. They can’t be cut too early, as they won’t be fibrous enough; and they can’t be cut too late either, as they won’t be dense enough. It’s a fine line. Once bundled and brought back to the village, each cogollo must be peeled to reveal the tender, light-coloured shoot (tallos) within.

Next, the tallos are cooked in boiling water and then set out to air dry. As this cooking process causes it to lose its colour, becoming pale-yellow, the bulk of it will be further bleached with sulphur to become white, the staple colour of the classic Panama hat.

And now round two starts, whereby both the natural and bleached toquilla straw is handed over to the weavers. Many hat weavers are independent and work from their own home, as generation after generation of their family has done. These weavers are the most skilled artisans in the whole hat-making process. They are often older women and men who have learnt the profession from their forebears.

After eyeing off the straw bundles to select the pieces, they will then proceed to cut the acceptable straw to an even length. They will then commence by hand-weaving a tiny circular mat (rosette) that forms the centre of the hat. The weaver gradually adds more and more pieces of straw until the little rosette becomes a large, flat plantilla.

The hat is now transferred to a special stand that allows the weaver to keep the flat plantilla in place while adding woven sides to the crown and weaving the brim out. When the weaver finally reaches the edge, there will be a spray of straw all around the edge.

The still unfinished hats are now sent along to other experts for careful finishing. And not just one pair of expert hands, another six sets are involved!

And voila the hat is ready for market! I hope after reading this article that you have a little more respect and admiration for all the hard work that goes into producing a Panama hat. To get yours, shop our entire collection here. 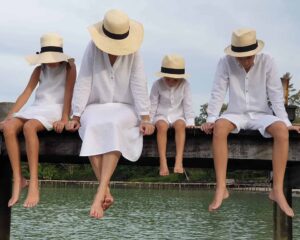 Hat Tricks When On The Go How to Wear your Panama Hat Like A Boss 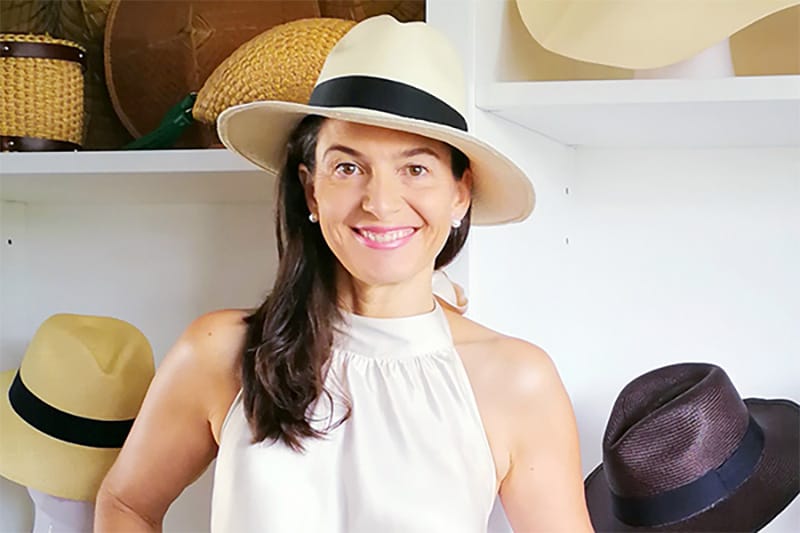